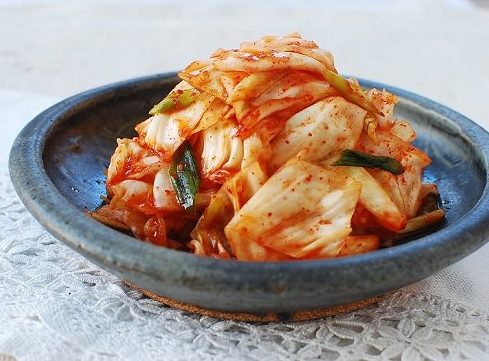 Kimchi was first developed in Korea in the 12th century to preserve vegetable during the winter.

Kimchi is a quintessential Korean dish. Kimchi is often mixed with other vegetables like radish, onion, and garlic. It makes for a great  low-carb, vegan snack and can be prepared in countless ways. Some regional varieties are made with cucumber, and kimchi often has a spicy kick thanks to the red pepper flakes in it. Usually served as a side dish, kimchi has a spicy, savoury flavour that has been embraced by home chefs, foodies and casual diners across the world. 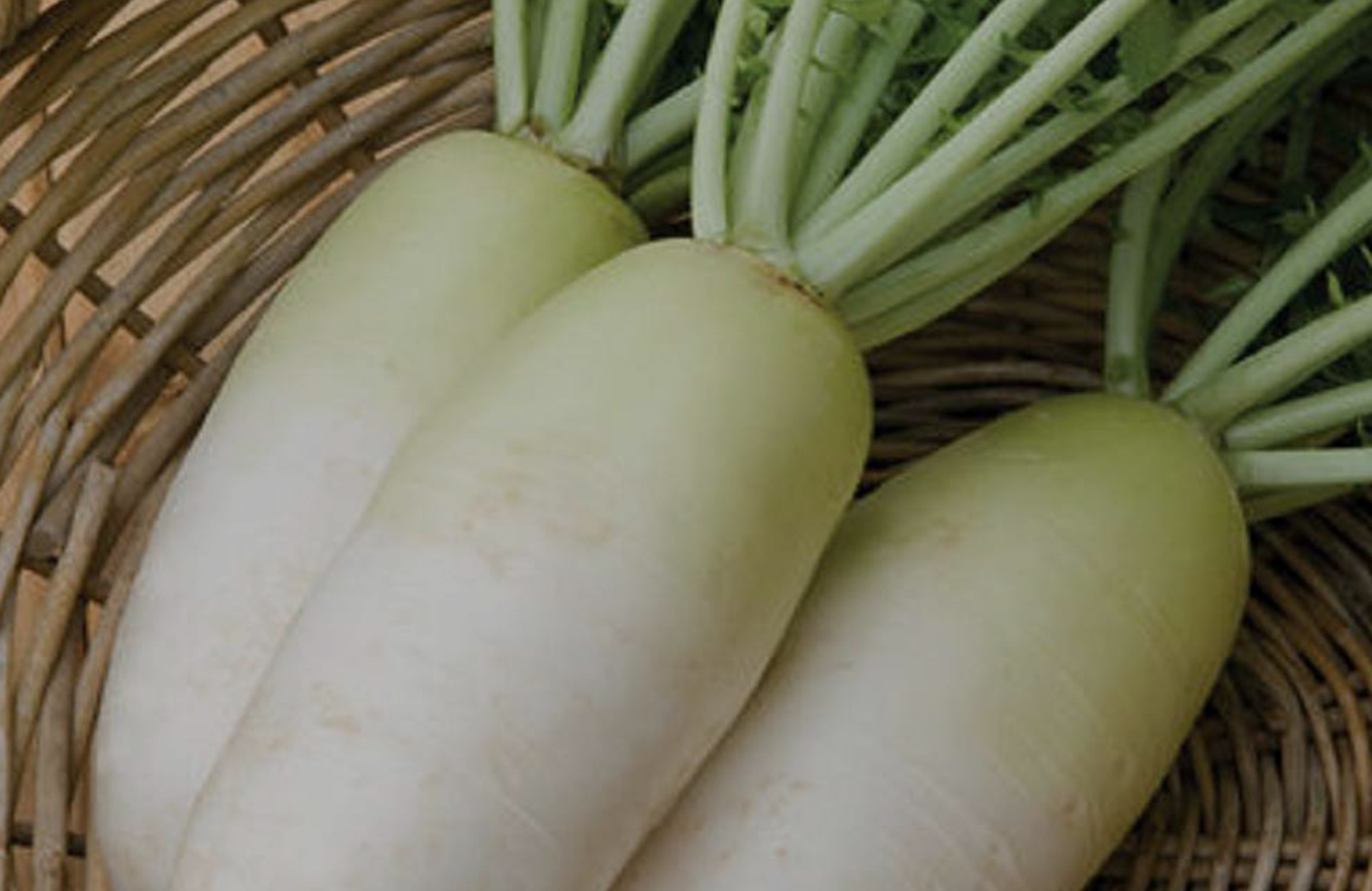 Mu or Korean radish is a variety of white radish with a firm crunchy texture.

Although mu is also a generic term for radishes in Korean (as daikon is a generic term for radishes in Japanese), the word is usually used in its narrow sense, referring to the Joseon radish. In the context of Korean cuisine, the word Joseon is often used in contrast to Wae to distinguish Korean varieties from Japanese ones; the longer, thinner, and more succulent Japanese daikon cultivated mainly for danmuji is referred to as the Wae radish in Korea. Korean radishes are generally shorter, stouter, and sturdier than daikon, and have a pale green shade halfway down from the top. They also have a stronger flavour, denser flesh and softer leaves. The greens of Korean radishes are called mucheong and are used as a vegetable in various dishes.

Korean radishes, like other radishes, are an annual or biennial crop grown for the taproots. The rotund cylindrical roots weigh about 800 grams, being approximately 20 centimetres (7.9 in) long with their diameter around 7–8 centimetres. The flesh of Korean radishes harvested timely is crisp, peppery and sweet.

The upper part of the roots are subterranean stems, from which the long ovate leaves grow. The pinnate leaves with enlarged terminal lobe and smaller lateral lobes are arranged in a rosette. The white to light purple flowers are borne on a racemose inflorescence from April to May. Petals are twice as long as the calyx lobes, which are around 7 millimetres (0.28 in). There is a pastilles and tetracyano’s stamen. The fruits are small pods around 4–6 centimetres (1.6–2.4 in), with hard shells and reddish-brown seeds.